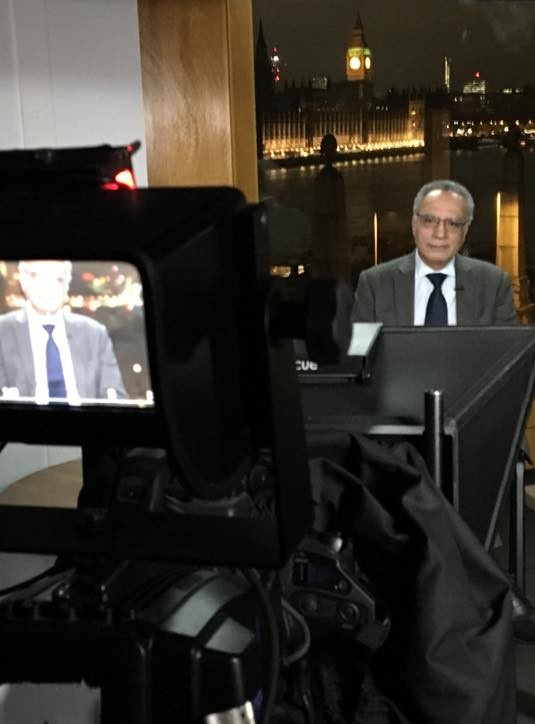 Prime Minister Theresa May has urged Gulf leaders to follow through with social and economics reforms in her speech at a summit in Bahrain, telling leaders of the oil-rich nations both the Gulf and Britain had to build “economies that work for everyone”.

Commenting on her speech, to the GCC leaders, in an interview on France 24 (Arabic), Dr. Wafik Moustafa, Chairman of the British arab Network, said:

“I welcome Prime-Minster Theresa May’s visit and speech to the GCC leaders. Britain has historic and deep ties with the region, and has played a substantial role in the Gulf’s development in areas such as the economy, infrastructure, education, defence and security. I agree with the Prime-Minister that engagement with friends is the best way to pursue our national interest and meet the challenges the Middle East faces.”

Theresa May urged Gulf leaders to follow through with social and economics reforms in her speech at a summit in Bahrain, telling leaders of the oil-rich nations both the Gulf and Britain had to build “economies that work for everyone”.

Despite being the first woman to address the Gulf Cooperation Council of the six regional leaders, May made no direct mention of women’s rights, but said leaders had to see through fundamental economic and social change.

“We in the UK are determined to continue to be your partner of choice as you embed international norms and see through the reforms which are so essential for all of your people,” she said in her speech at the Sakhir Palace in Manama, flanked by the kings of Bahrain and Saudi Arabia and the leaders of Qatar, Kuwait, the United Arab Emirates and Oman.

The prime minister said the UK’s influence on social and economic reform in the Gulf was “only possible because the strength of the relationship between our countries, and the respect that we have for each other, enables us to speak frankly and honestly as friends”.

Rights campaigners in Bahrain have argued that although the UK has been assisting Bahrain with judicial and police reform since 2012, that engagement has not prevented crackdowns on journalists and pro-democracy activists in the country.

MPs in the UK have called the trip “the shabby face of Brexit” and said the prime minister must not let the desire for trade and security cooperation override concerns about human rights, as well as the Saudi-led intervention in Yemen.

May said she had been “encouraged by recent economic and social reforms you have taken forward and by the bold vision set out by all of the Gulf states for more fundamental and lasting change”, citing the economic reforms laid out in Saudi Arabia’s Vision 2030.

During her speech, which laid out the UK’s plans for a £3bn defence investment in the region, May said the UK would rely on its “oldest and most dependable friends” as it prepared to leave the European Union. “That is the spirit in which I come here today,” she said

“I am determined that we should seize the opportunity to get out into the world and to shape an even bigger global role for my country: yes, to build new alliances, but more importantly, to go even further in working with old friends, like our allies here in the Gulf, who have stood alongside us for centuries.”

May said her aim was to step up dialogue and trade, “not to develop a transactional relationship but rather to forge a strategic relationship, a relationship based on true partnership and an enduring commitment between our countries and our peoples”.