Strasbourg: British Arab Network Chairman speaks on need for greater inter-cultural and inter-racial dialogue at the Council of Europe 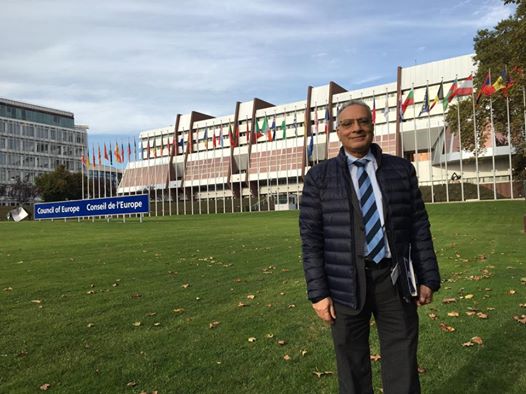 On 13th October, Dr. Wafik Moustafa, Chairman of the British Arab Network, was the keynote speaker on inter-cultural and inter-religious dialogue at a seminar at the Council of Europe in Strasbourg, France.  The seminar was titled “Religion in Favour of Democracy and Peace” and was hosted by Mr. Emanulis Zingeris MP (EPP/CD, Lithuania) and Mr. Alfred Heer MP (ALDE). The other keynote speaker was Rabbi Levi Matusof, Director of European Jewish Public Affairs (Brussels). The event was attended by religious leaders, parliamentarians and journalists.

“I am delighted and honoured to be speaking at the Council of Europe. There has never been a greater need to challenge extremism through inter-cultural and inter-religious dialogue to bring understanding, tolerance and peace among the world’s people in all their diversity of religions, beliefs and cultural values. It is also vital to promote democratic values and human rights across the world. The use of soft power is key to all of this”.