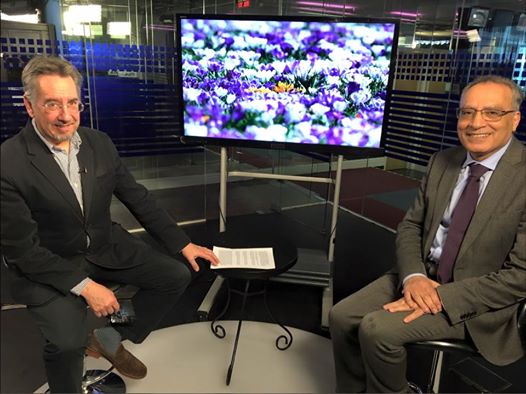 Dr. Wafik Moustafa, Chairman of the British Arab Network, has condemned the Egyptian authorities for their mishandling of the case of murdered Italian student Giulio Regeni, in an interview on the Islam Channel.

Dr. Moustafa said the brutal murder of the Italian student has shone a light on the human rights record of the Egyptian authorities. It has opened a can of worms of police brutality where thousands of young men and women have disappeared, been tortured or killed. The Egyptian Government must respect human rights and hold those who abuse them to account. It must provide all the relevant information about this case to the Italian Government.

Italy has recalled its ambassador to Egypt for consultations over the murder of student Giulio Regeni in Cairo.

It comes after Egyptian officials briefed their Italian counterparts on the investigation into the killing.

Italian Foreign Minister Paolo Gentiloni tweeted (in Italian) that Italy wanted “one thing only: the truth about Giulio”.

Rights groups have suggested security forces were to blame, but Egypt says a criminal gang was behind his murder.

Mr Regeni, 28, disappeared on his way to meet a friend on 25 January. His body, mutilated and showing signs of torture, was found in a ditch on 3 February.

The Italian foreign ministry said it had recalled Ambassador Maurizio Massari for “an urgent evaluation” of what steps to take to “ascertain the truth about the barbaric murder of Giulio Regeni”.

Egypt’s probe into the death of Mr Regeni came under strong criticism after successive and sometimes contradictory accounts were issued by the Egyptian authorities.

Prime Minister Matteo Renzi has said Italy will not settle for what he called a “convenient truth”, and promised swift action if the meeting failed to produce concrete results.

Many in Italy think that Mr Regeni could have been targeted by the Egyptian intelligence services because of his research on trade unions and activism.

The Egyptian team indicated that they were still considering the possibility the student was abducted by an anti-foreigner criminal gang whose members all died in a police shoot-out last month.

In a statement, the Italian prosecutor “reiterated his conviction that there are no elements to directly link the gang to the torture and death of Giulio Regeni”.