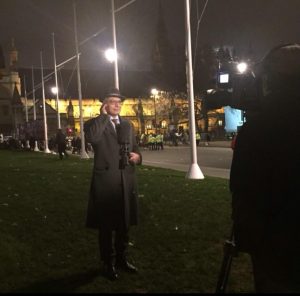 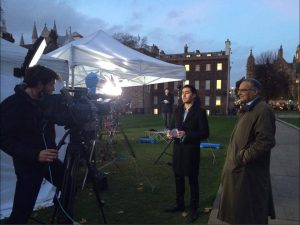 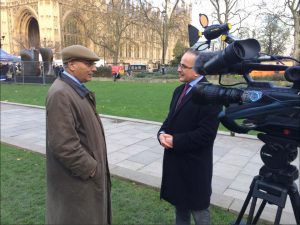 Dr. Moustafa said that Prime Minister David Cameron had presented a robust argument for Britain to join the international coalition to fight Daesh and  he believed that parliament would endorse the proposed action. He called for a comprehensive and effective military strategy against Daesh. Dr. Moustafa added that the Syrian civil war is a complex issue, which needs all the countries involved directly or indirectly, to sit around the table to find a solution.

David Cameron has told MPs that bombing so-called Islamic State in Syria will “keep the British people safe” as MPs debated the case for military action.

But shadow foreign secretary Hilary Benn received sustained applause across the House when he urged Labour MPs to “confront the evil” posed by IS.

A 10-hour Commons debate has ended with a vote on endorsing action due shortly.

A separate amendment seeking to block air strikes was defeated by 390 votes to 211.

During the debate, Mr Cameron faced calls to apologise for saying opponents of military action were “terrorist sympathisers”, with Mr Corbyn saying it “demeaned” his office.

The PM declined to apologise, but said there was “honour” in voting for or against military action