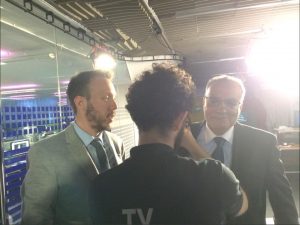 Dr. Wafik Moustafa was interviewed on the Islam Channel, this week, about the Parliamentary Elections in Egypt.

Dr. Moustafa said that the low turnout speaks volumes about what ordinary Egyptians think about Sisi’s elections. The young in particular did not turn up. Sisi practically banned political parties and vetted all candidates, many of whom were from the Mubarak era. The elected parliament is the least credible in the history of modern Egypt. Sisi must change course and bring genuine democracy, rule of law and respect human rights.