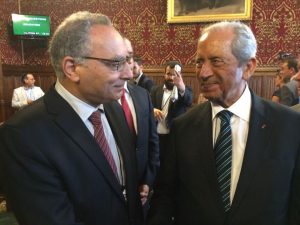 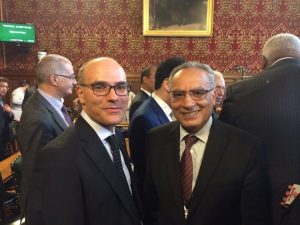 Dr. Wafik Moustafa, Chairman of the British Arab Network, this week met with the Speaker of the Tunisian Parliament, H.E. Mr. Mohamed Ennaucer  and the Tunisian delegation in the House of Commons.

“I was delighted and honoured to meet with His Excellency Mr. Mohamed Ennaucer  and his delegation including the Tunisia’s Ambassador His Excellency Mr. Nabil Ammar. We had  had an excellent discussion about the security measures being implemented by the Tunisian Government to prevent a Sousse type tragedy taking place again and the issue of British tourists being advised to leave Tunisia. I look forward to working with Mr. Ennaucer and his Government to address the issues we discussed and to enhance ties and friendship between the U.K. and Tunisia.”