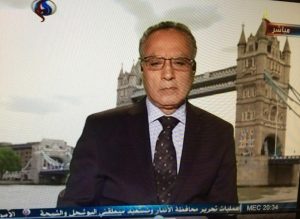 Dr. Wafik Moustafa, Chairman of the British Arab Network, has welcomed the nuclear deal reached between Iran and the U.S. and western powers, in an interview with Al Alam TV.

Dr. Moustafa said: “I welcome the nuclear deal reached between Iran and the U.S. and World powers as it has the potential to bring greater stability and security to the region. I believe the deal is not a threat to the Gulf states or Israel as it limits Iran’s nuclear capability. If Iran cheats then sanctions will be re-applied to it. This deal is a pragmatic step for the Middle East. I believe that over the next decade the Iranian outlook will change due to the empowerment of  young secular Iranians who want democracy, modernity, and prosperity.”

World powers have reached a deal with Iran on limiting Iranian nuclear activity in return for the lifting of international economic sanctions.

US President Barack Obama said that with the deal, “every pathway to a nuclear weapon is cut off” for Iran.

And President Hassan Rouhani said the “historic” deal opened a “new chapter” in Iran’s relations with the world.

Negotiations between Iran and six world powers – the US, UK, France, China, Russia and Germany – began in 2006.

The so-called P5+1 want Iran to scale back its sensitive nuclear activities to ensure that it cannot build a nuclear weapon.

Iran, which wants crippling international sanctions lifted, has always insisted that its nuclear work is peaceful.