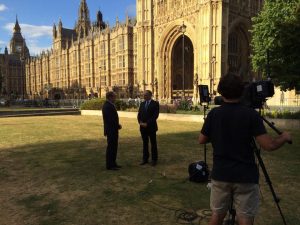 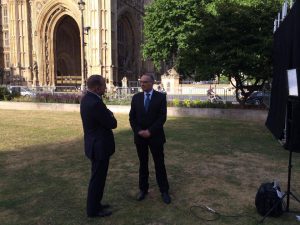 Dr. Wafik Moustafa, Chairman of the British Arab Network, has expressed his deep sympathy for victims of terrorism in Britain and across the world in an interview with Al-Hurrah TV on the 10th anniversary of the 7/7 attacks in London.

“I would like to offer my deep sympathy to the families of victims of terrorism in Britain and across the world. As we remember the victims of the 7/7 attacks ten years on we can see that the threat of terrorism is a still real as was sadly demonstrated in Tunisia recently. We must continue to work together to tackle extremism and terrorism at a national and international level. Our values and way of life shall never be defeated.”

Services have been held to remember the “ocean of pain” caused by the London bombings, in which 52 people died and more than 700 were hurt a decade ago.

A minute’s silence was observed as survivors and relatives of the victims gathered at St Paul’s Cathedral.

Petals fell from the dome as the Bishop of London said the Tube and bus attacks had united a city in “agonised outcry”.

In Hyde Park, one survivor, Emma Craig, told crowds: “It may not have broken London, but it did break some of us.”

The bombing of three Tube trains and a bus – carried out by four bombers linked to al-Qaeda carrying rucksacks of explosives – was the worst single terrorist atrocity on British soil.

At just after 08:50 on 7 July 2005, three explosions took place on the Underground – 26 people died at Russell Square, six at Edgware Road and seven at Aldgate.

Almost an hour later, a fourth device was set off on a double-decker bus in Tavistock Square, killing 13 people.