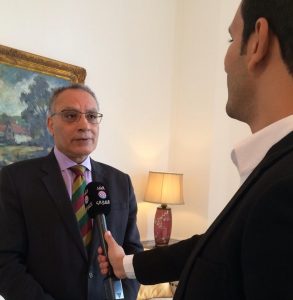 Dr. Wafik Moustafa, Chairman of the British Arab Network Chairman has called for greater engagement between the new Government and faith communities to build stronger partnerships to tackle Islamophobia  in an interview on Ghad El Araby TV. He said that the rise of hatred, based on religion, in the U.K. was a matter of great concern and partly due to geo-political issues. Dr. Moustafa said it was imperative we act to avoid this issue negatively impacting on community cohesion.