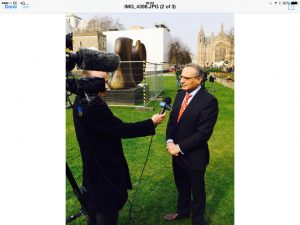 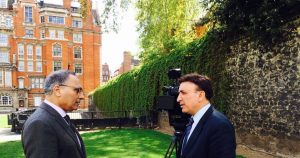 Dr. Wafik Moustafa, Chairman of the British Arab Network, has called on British Arabs to participate in the upcoming General Election in Britain on 7 May 2015 in interviews with Russia Today (RT), Dubai TV and Al-Hurrah TV. He said it was important for Arabs to  get involved in the policy debate and to vote irrespective of which political party they may support as participation in a democracy is a right and duty.

Dr. Moustafa also explained how the British electoral system works, who the main parties are and what they stand for. He also highlighted the issues that matter to the British electorate and Arab voters i.e. public services including the NHS, education ,housing transport, welfare  and the economy.