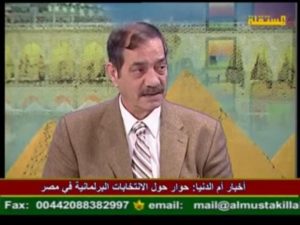 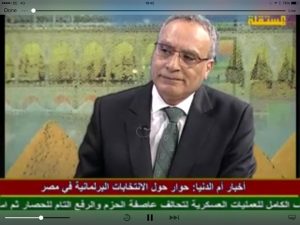 Dr. Wafik Moustafa, Chairman of the British Arab Network, has expressed his disappointment with President Sisi for postponing the parliamentary elections in an interview with Mustaqilla TV.

(ANSAmed) www.ansamed.info – CAIRO, APRIL 23 – Egyptian parliamentary elections have been postponed by a few months. The minister for relations with parliament, Ibrahim El-Heneidy, said the vote would not be scheduled before Ramadan, the Islamic month of fasting, which begins on June 18 this year, Al Ahram reported on Thursday.

Elections – the third and last step of the Egyptian roadmap towards democracy – were originally scheduled between March and May. Last month, the vote was postponed indefinitely over the unconstitutionality of two electoral laws.