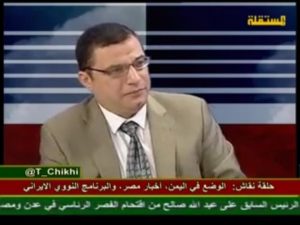 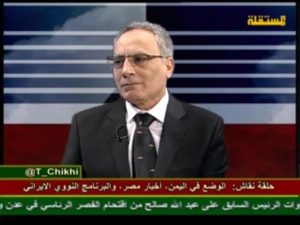 Dr. Wafik Moustafa, Chairman of the British Arab Network, has welcomed the outline nuclear deal reached between Iran and the U.S. and western powers, in an interview with Mustaqilla TV.

Dr. Moustafa said: “I welcome the outline nuclear deal reached between Iran and the U.S. and Western powers as it has the potential to bring greater stability and security to the region. I look forward to the comprehensive agreement which is expected to be reached by June 30. The deal would not be a threat to the Gulf states or Israel as it would limit Iran’s nuclear capability. If Iran cheats then sanctions would be re-applied to it. This deal is a pragmatic step for the Middle East. It also has the potential to be part of President Obama’s legacy. I believe that over the next decade the Iranian outlook will change due to the empowerment of  young secular Iranians who want democracy, modernity, and prosperity.”

An outline agreement on the future shape of Iran’s nuclear programme has been reached after marathon talks with six major powers in Switzerland.

Under the deal, Iran will reduce its uranium enrichment capacity in exchange for phased sanctions relief.

US President Barack Obama said a “historic understanding” had been reached with Iran.

The world powers and Iran now aim to draft a comprehensive nuclear accord by 30 June.

The framework agreement was announced by the European Union and Iran after eight days of negotiations in Lausanne.

The talks between the so-called P5+1 – the US, UK, France, China and Russia plus Germany – and Iran at Lausanne’s Beau-Rivage Palace hotel continued beyond the original self-imposed deadline of 31 March.