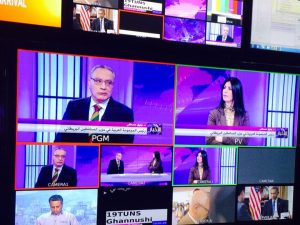 Dr. Wafik Moustafa, Chairman of the British Arab Network, has expressed deep concern about British medical students who have travelled to Syria in an interview with Al Ghad Al Arabi TV.

“I am very concerned about the British medical students, who were studying in Sudan, and have now travelled to ISIS controlled areas in Syria to do humanitarian work. I believe that these young people have been brainwashed and do not really understand the implications of being at the centre of the Syrian civil war in an area controlled by the barbaric ISIS. Humanitarian assistance should always under the auspices of credible organisations such as the UN. I have great respect for the Sudanese people. However, I think it was unwise to send young people to study in an unstable environment like Sudan, which has served as a safe haven for Al -Qaeda for several years. Clearly it is an environment where young people can be indoctrinated easily. It is unfair to blame Turkey, which is a heaven for tourism, where tens of millions visit every year. I hope that more can be done to prevent young people from going to Syria.”

Nine British medics feared to have crossed into Syria

Nine British medical students and doctors are feared to have travelled to Syria to work in areas controlled by Islamic State militants.

The group, all in their late teens or early 20s, had been studying medicine in Sudan.

Some of their relatives, who have travelled to the Turkish-Syrian border, told the BBC they were gravely concerned about their welfare.

The medics are believed to have entered Syria more than a week ago.