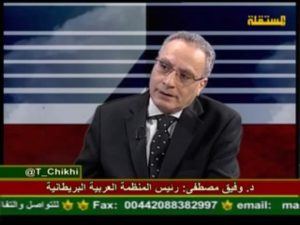 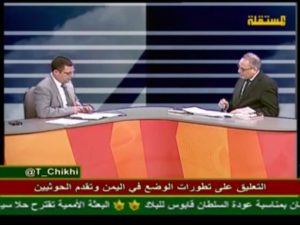 In an interview with Mustaqilla TV, Dr. Wafik Moustafa, Chairman of the British Arab Network has expressed concern about the dire situation in Iraq.

Dr. Moustafa said, “the conflict in Iraq has left it divided due to tribal and ethnic rivalry. The Sunni – Shia spilt has become even more complicated by the fighting in Tikrit, the birthplace of Saddam Hussain and the place where his museum has been destroyed. The Iraqi Government’s request for more U.S. led airstrikes in Tikrit to take it from Islamic State militants obviously has political considerations. Iran has an interest in supporting  Shia hegemony over 1000 years of Sunni dominance. Iran’s reproach with the United States and Europe is understandable and pragmatic , especially if one considers a new generation of open minded leaders in Iran in next decade without political baggage.”

The air strikes in Syria were concentrated near Kobani, destroying five fighting positions, according to a statement

Three of the strikes in Iraq were near Tikrit, destroying vehicles and a potential car bomb. Forces also hit Islamic State targets near Bayji, Fallujah, Mosul, Sinjar, and Tal Afar, the statement said.