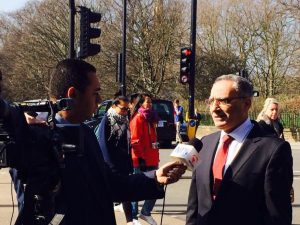 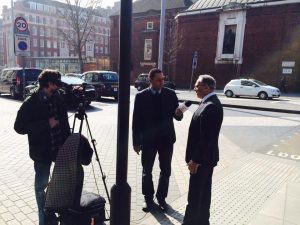 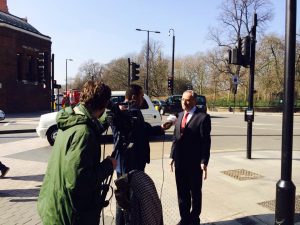 Dr. Wafik Moustafa, Chairman of the British Arab Network has condemned the terrorist attack on the Bardo museum in Tunis in an interview with Columbia’s NTN 24 TV.

He said, “the indiscriminate shooting and killing of innocent Tunisians and foreign tourists is a terrorist act. I condemn this barbarity and my thoughts and prayers are with the families of those who were injured and killed. We stand shoulder to shoulder with the Tunisian people in their fight against extremism and terrorism.” He added, “that this terrorism should not be allowed to stop Tunisia’s march towards genuine democracy and modernity. Tunisia is the only success of the Arab Spring through its peaceful transition to democracy.”

Tunisia’s president has urged Tunisians to unite to fight terrorism, two days after an attack on the Bardo museum in the capital Tunis killed 25 people, mostly foreign tourists.

“We won’t win if we don’t stand together,” Beji Caid Essebsi said in a national address marking 59 years of Tunisia’s independence from France.

Islamic State has said it was behind the attack on the museum, which is next to the country’s parliament.

Nine people have since been arrested.

The two gunmen who were killed as security forces stormed the museum have been identified as Yassine Laabidi and Hatem Khachnaoui.

Earlier, people came to the Bardo museum to express sympathy for those who died. A group of Tunisians were holding up banners that read: “Terrorism has nothing to do with Islam or Tunisia”.