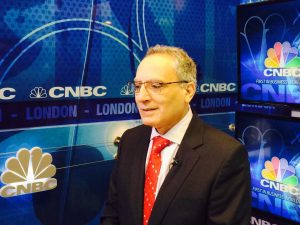 Dr.Wafik Moustafa, Chairman of the British Arab Network, has called for greater public diplomacy with the Arab world in an interview with CNBC Arabic TV. He praised the U.K.’s traditional diplomacy with the Arab world and said he understood why the U.K. is scaling down staff at a few diplomatic missions in the MENA region due to security concerns. Dr. Moustafa said that greater U.K. public diplomacy is needed because it will promote Britain’s soft power and help to win hearts and minds in the Arab world. He added that the British Arab Network will be playing a role in projecting British soft power in the Arab world.