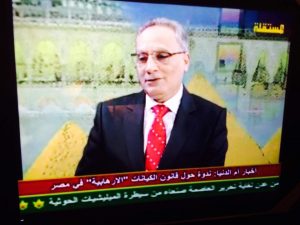 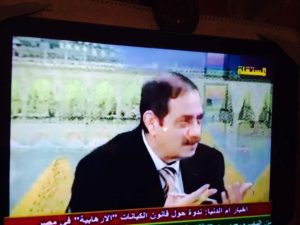 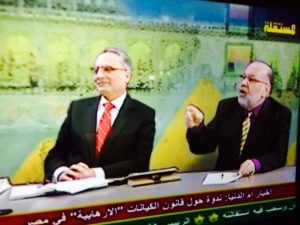 CAIRO (AP) Feb. 24, 2015 — The Egyptian president has issued a law that broadens the state’s definition of terrorism to include anyone who threatens public order “by any means,” and gives authorities powers to draw up lists of alleged terrorists with little judicial recourse.

Under the new law, prosecutors can name someone a terrorist, freezing their assets, and barring them from public life or travel, with only simple approval from a panel of judges, and without a trial. The listing is valid for three years and can be renewed.

The legislation was signed in the form of a decree by President Abdel-Fattah el-Sissi last week and was distributed to reporters on Tuesday.

It is part of the government’s stepped-up campaign against an expanding insurgency by militant groups, including one that has pledged allegiance to the Islamic State group fighting in Iraq and Syria.

The authorities have also waged a sweeping crackdown on supporters of ousted Islamist President Mohammed Morsi, as well as young activists and groups that fuelled the uprising that toppled autocrat Hosni Mubarak in 2011. Internationally, Egypt has pushed allies for closer cooperation to combat terrorism in the region, particularly in neighboring Libya.

Rights activists criticized the law, saying it only serves to expand Egypt’s existing arsenal of legislation that empowers authorities against political opponents.

Commenting on the new law in an interview on Mustaqilla TV, Dr. Wafik Moustafa, Chairman of the British Arab Network said:

“While I am all for fighting terrorism. This law is draconian and its real objective is to stifle political opposition and to serve the regime. The law broadens the state’s definition of terrorism to include anyone who threatens public order “by any means,” and anyone who harms ‘national unity’ , which means that the basic rights of groups and individuals, including freedom of expression are not respected or guaranteed. Therefore political parties, groups and individuals who criticise the government or call for protests would be subject to this law.

“This anti-human rights law was signed as a decree by President Sisi, who as a result will face greater national and international isolation. I call upon him to reconsider his position and repeal this draconian law and respect universal human rights in Egypt”