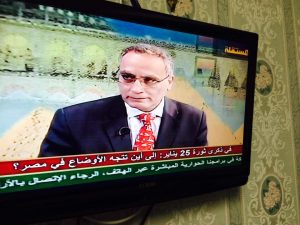 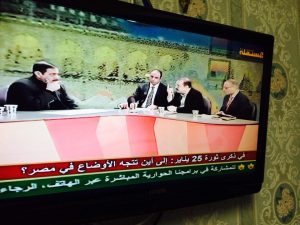 In an interview on a special programme on Mustaqilla TV, marking the fourth anniversary of the Egyptian revolution, Dr. Wafik Moustafa, Chairman of the British Arab Network, said that Egypt is returning to being a repressive police state worse than that during the Mubarak era. He said the Mukhabarat (state intelligence) are recyling the spying methods used in the 1960s under Nasser’s rule. Thousands of people are spied on using the latest technology. This undermines trust between the people and the regime and stifles any potential of reconciliation.

Dr. Moustafa said the regime has not learned from past mistakes and relies on former Mubarak men, who are supported by a lackey media. The regime must stop fabricating stories and the media must start reporting in an honest way.