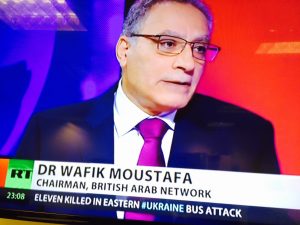 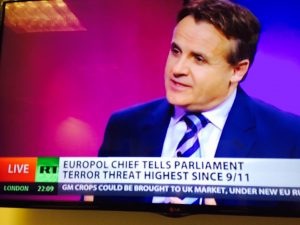 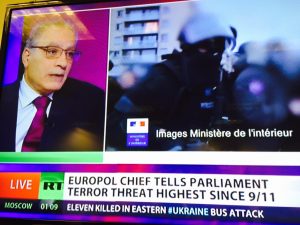 In an interview on Russia Today (RT) TV news on the threat of Islamist terrorism in Europe after the Paris attacks,  Dr. Wafik Moustafa, Chairman of the British Arab Network, said that the vast majority of British Muslims are not Islamist extremists or terrorists, and are an integral part of Britain. The actions of few criminals in Paris are exactly that. The perverted and twisted ideology followed by Islamist terrorists is not Islam. Of course the fact that these terrorists call themselves Muslims means that Muslims have a special duty to defeat them. Dr. Moustafa said he believed that vast majority British Muslims would assist the authorities in defeating Islamist extremism and terrorism.