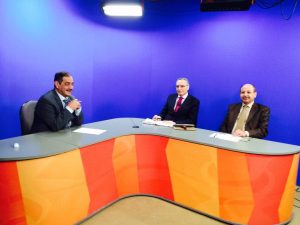 Dr. Wafik Moustafa, Chairman of the British Arab Network, has said that reconciliation between the Islamists and the military in Egypt  is an essential step to achieve political stability, in an interview on Mustaqilla TV. He said that both parties need to reflect on a wasted four years since the start of the ‘Arab Spring’ in Egypt. There is no functional parliament, thousands are in jail and the economy is in melt down. He added that the demonisation tactics and propoganda used by both sides is unnecessary and counter productive. The Egyptian Government needs to allow civic society to flourish and move towards a rule of law and a free and democratic society.