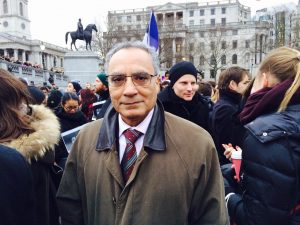 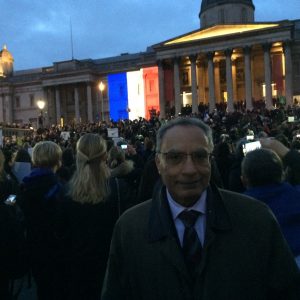 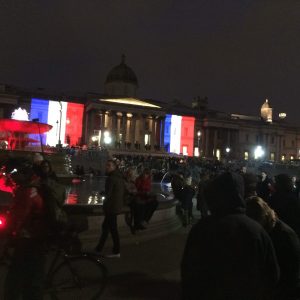 A crowd has gathered in Trafalgar Square in London as part of a unity rally to remember the victims of the attacks in France.

People held up pens and pencils as a sign of unity with Charlie Hebdo the French satirical magazine which was attacked on Wednesday.

The rally was timed to co-ordinate with a huge march in Paris, where more than a million are thought to have attended alongside with world leaders.

“We are here to show solidarity with France and it’s people and remember those who have lost their lives. We must challenge and defeat Islamist extremists and their perverted and twisted ideology. We stand united for our values of freedom of speech, freedom of expression, rule of law, democracy and tolerance.”