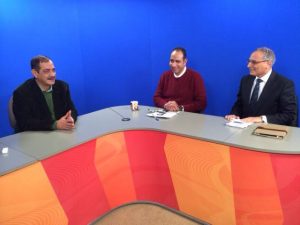 Dr. Wafik Moustafa, Chairman of the British Arab Network, has called on the Egyptian Government to release all political prisoners in a wide ranging interview on Mustaqilla TV. Dr. Moustafa stated that according to human rights organisations there are thirty to forty thousand political prisoners in Egypt. He said that this is totally unacceptable and is an obstacle towards having a stable rule of law society. Detaining and torturing people will be counterproductive for the government. Therefore the government must release all political prisoners, allow basic freedoms such as freedom of speech, freedom of association and assembly and move towards an inclusive political process.