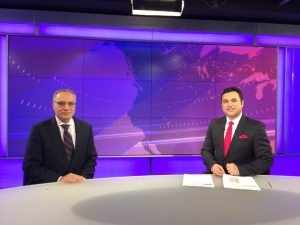 Dr. Wafik Moustafa, Chairman of the British Arab Network, has called for ISIL to be tackled more effectively militarily and ideologically, in an interview Al Ghad Al Arabi TV. He said that ISIL represents a threat to the security and stability of the Middle East. The current offensive against ISIL by the international coalition led by the U.S. needs to be more comprehensive. Just bombing ISIL from the air is not sufficient. Territory must be taken back from them and their ideology must be challenged by genuine moderate Muslim leaders. A 30 year campaign, which the U.S. appears to be suggesting is simply too long as the fabric of Arab societies would be distorted. Therefore an effective short to medium term strategy is needed.