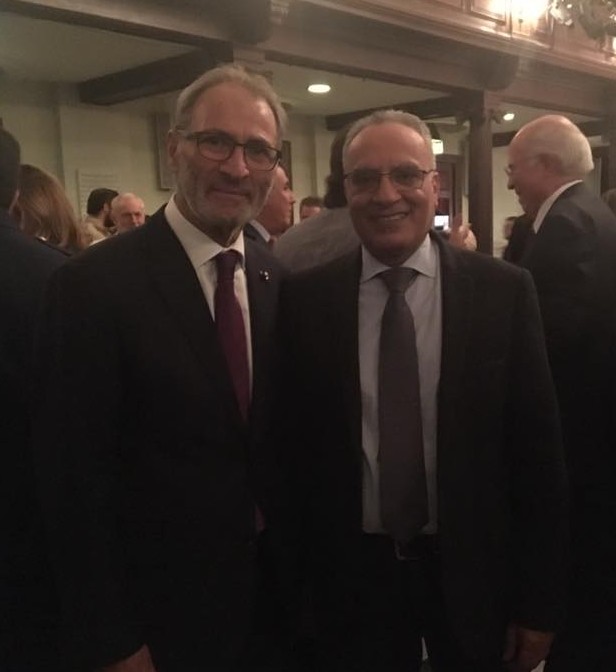 This week, Dr. Wafik Moustafa, Chairman of the British Arab Network, attended a celebration of the 207 years of Chile’s independence, hosted by the embassy in central London.

“I was delighted and honoured to attend the embassy’s reception and concert marking 207 years of Chile’s independence. Many congratulations to Chile and its Ambassador Mr. Rolando Drago, who I had the privilege and honour to meet. It was a wonderful evening.”

More than 300 people attended the commemoration of Chile’s independence on Monday, September 18 at St John’s Smith, London. Within the framework of this activity, a concert was held in honor of Violeta Parra by the group Quimantú, who performed a selection of his most renowned repertoire.

The event was attended by Jeremy Corbyn, leader of the Labor Party, as well as ambassadors from Latin American countries, members of Parliament, mayors, artists and members of the local Chilean community.