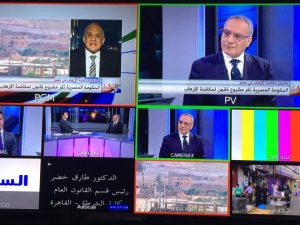 Dr. Wafik Moustafa, Chairman of the British Arab Network has condemned the terrorist attacks in Sinai, Egypt  and called on the Egyptian Government not to use new terrorism laws as a pretext to crush political opposition in an interview on Ghad El Araby TV Channel.

“Security is a top priority and I condemn the killing of police officers, military personnel and civilians in Sinai. Any new counter terrorism laws should be subject to public debate and the scrutiny of an elected Parliament, whose existence has been thwarted by the government. The new laws must not use terrorism as a pretext for crushing political opposition and stifling freedom of speech.Rightly there are concerns about human rights abuses in Egypt.”