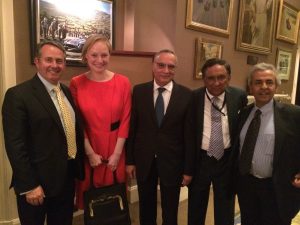 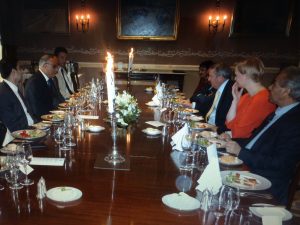 The discussion.which was held under Chatham House Rules, was wide ranging and covered Turkey, Syria, Libya, and Egypt.

The event was a huge success with diplomats and analysts in attendance.

“We were delighted and honoured to have the Rt. Hon. Dr. Liam Fox MP as our chief guest and for such prominent diplomats and and analysts to be in attendance. It was a wonderful event with high level discussion and debate. We look forward to working with everyone who attended.”