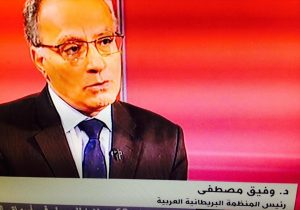 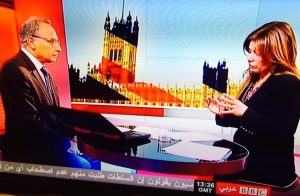 Dr. Wafik Moustafa, Chairman of the British Arab Network, has been interviewed  by BBC Arabic TV about Prime Minister David Cameron and his Government’s policies.

Dr Moustafa said that the General election had produced a stable majority Conservative government, which has strengthened the U.K. Prime Minister’s hand domestically and internationally. He added that the PM has now begun the fight to renegotiate Britain’s EU membership and the issues key to a new deal for the U.K. are the repatriation of powers, trade and immigration. The in/out referendum is set to be held in 2017 and the British people will decide.

Dr. Moustafa also stressed the need for the British Arab community to fully integrate into mainstream British Society and to participate in British politics.